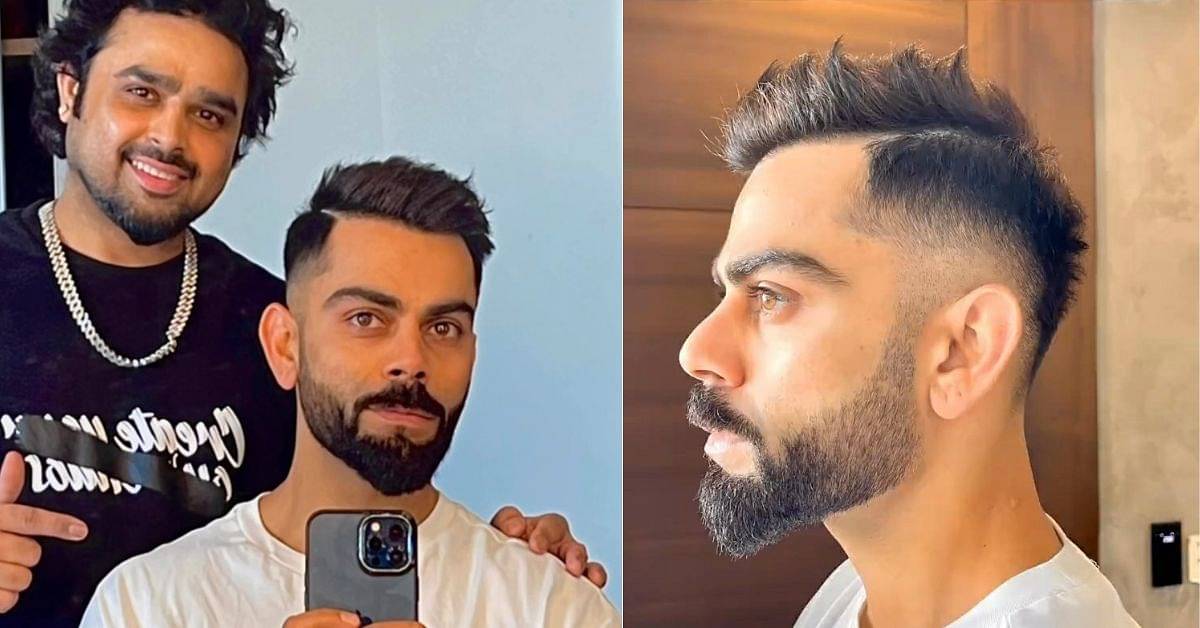 Virat Kohli is one of the most decorated cricketers the world has ever seen. Whether on or off the field, Kohli has made a name for himself in all departments. Kohli, who has several batting records, will be India’s unequivocal hopes on the pitch at the upcoming ICC T20 World Cup in Australia.

Off the pitch too, Kohli has been among the most influential figures. He is one of the highest paid Indians for commercials. In terms of social media followers, he is second only to Cristiano Ronaldo and Lionel Messi in the list of most followed sports personalities on Instagram.

Also famous for experimenting with different types of looks, especially when it comes to his hairstyle, Kohli was in the news for a new hairstyle ahead of the ongoing T20I series against Australia. It was just after it landed in Mohali for the first T20I that pictures of it went viral on social media platforms.

It is worth mentioning that Kohli had taken a brand new haircut from the famous hairstylist Rashid Salmani. Originally from Bihar, Salmani is a Delhi-based stylist who has a master’s degree in hairdressing.

Kohli’s recent viral photos were accompanied by unverified news that his haircut cost him INR 80,000. All in all, the same is more like a rumor due to the amount involved.

Moreover, even some of the more upscale salons in Delhi NCR do not charge that much for a simple haircut. It could be a different case if Kohli paid INR 80,000 for availing other services besides a haircut.