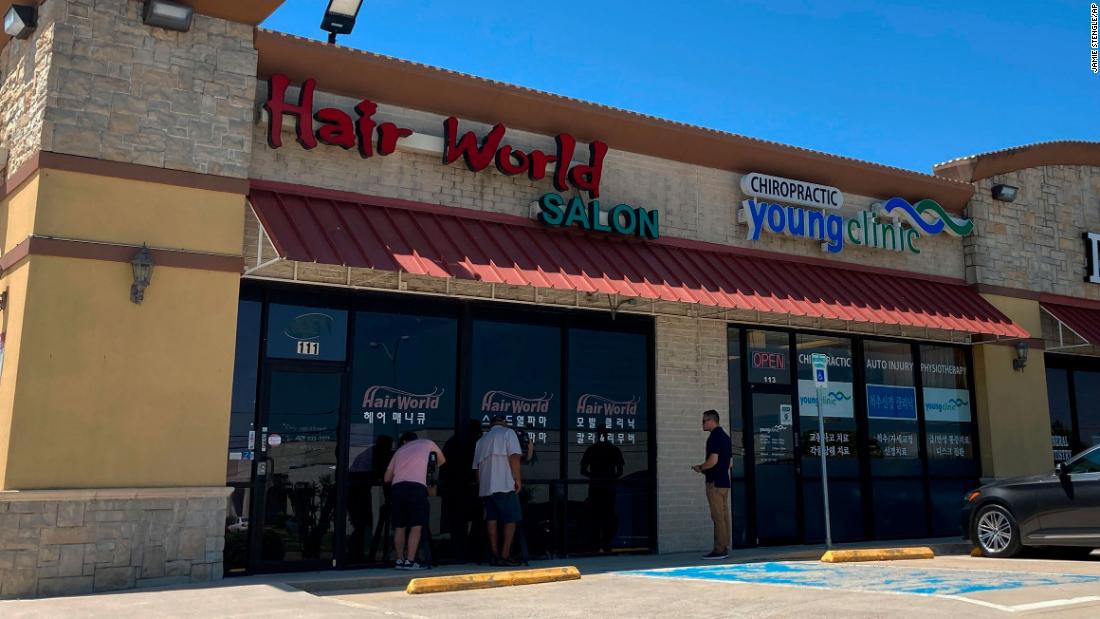 “A Dallas County Grand Jury has returned multiple indictments against Jeremy Smith, 37, charged in connection with allegedly bias or bias-motivated shootings against Asian Americans – therefore closed under the Texas law as a hate crime,” the prosecutor’s office said in a statement. out on Tuesday.

The grand jury met on August 4, according to the prosecutor’s office.

Smith was arrested May 16 and remains at the Lew Sterrett Justice Center on $700,000 bond, the prosecutor’s office said.

CNN has reached out to Smith’s attorney, Don Guidry, for comment.

On May 11, Smith entered Hair World Salon, a Korean-owned business, with a .22 caliber rifle and began shooting, according to probable cause affidavits obtained by CNN. He fired about 13 times, hitting three people before running back to his vehicle and fleeing, according to the affidavit.

Smith said he was in the area of ​​the shooting at the time, the affidavit states, adding that he had two firearms: a .380 handgun and a .22″ caliber rifle that looks like to an “AK-47″” and he was the only person with access to his vehicle. A .380 handgun magazine containing four live ammunition was found in the suspect’s pocket during his arrest.

On May 16, a search warrant for Smith’s vehicle was executed and police found a cell phone, a Jimenez .380 handgun, a firearms magazine with four live ammunition and a box of Winchester ammunition. .380 with six live ammunition, the affidavit states.

Police questioned Smith’s girlfriend who told them that Smith had been in a car accident about two years ago with an Asian man, and since then Smith “had near-panic attacks when he was in the presence of someone of Asian descent. Whenever the suspect (Smith) is around anyone of Asian descent, he begins to have delusions that the Asian mob is after him or trying to harm him. Due to these delusions, the suspect was admitted to several mental health facilities,” according to the affidavit.