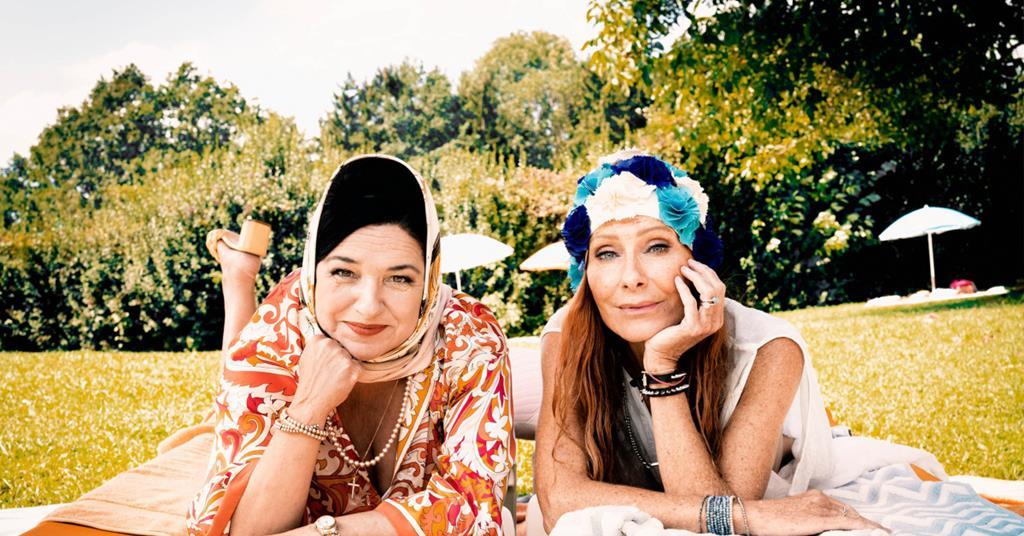 It’s hard to find much humor at the intersection of feminism and the so-called “culture wars.” JK Rowling, for example, is unlikely to find anything amusing, and court rulings on ‘burkinis’ and religious symbolism across Europe are uncomfortable with stand-up routines. -up – just ask Dave Chappelle. There’s a strong feeling that if you made a comedy about it, you – and your distributor or exhibitor – could be canceled long before the audience has had a chance to raise a wry smile. Enter the German Doris Dorrie (Men), longtime adroit chronicler of modern mores and hypocrisies, delving into the depths with the deceptively candy-colored The Swimming Pool (Freibad).

Perhaps the most deftly handled element of Dorrie’s storyline is that no one in this pool is even remotely friendly.

The harmonious bubble of a women-only swimming pool in Germany is pierced repeatedly and deftly by co-writers Dorrie, Karin Kaci and Madeleine Fricke in a largely humorous comedy that serves as a vehicle for sharp social criticism; this pool has high PH levels. Premiering at the Munich film festival ahead of a September release in Germany by producer Constantin, this feel-good drama – it’s always clear that everyone at the pool will find something to enjoy – may seem too light to consume. in festivals, but those who engage in distribution and exhibition should be commercially rewarded. The distancing effect of his German language will help soften the dive abroad.

Perhaps the most deftly handled element of Dorrie’s storyline is that no one working or sitting around that pool is even remotely friendly. They are all bad women, but also good women. Every type of character, with the possible exception of a Turkish divorcee, is venal, voicing arguments that are traditionally internalized in the brotherhood. The two central characters, brilliantly played by Andrea Sawatzki and Maria Happel, are a delight – but they’re also awful.

Sawatzki is Eva, a former chart-topping singer and “hippie old girl” whose miserable attempts to protect women’s rights mostly involve being racist towards the secular Turkish family who insist on the loud barbecue and smuggling at a boy’s house. , and whose college-aged daughter Jasmin (Nilam Farooq) has taken to wearing head-to-toe “rubber tubing” at the pool (“Swimming for ISIS”). Happel, meanwhile, has fun with Gabi, an overweight, pampered woman squeezed into her Pucci two-piece who pretends her pug is a baby but nevertheless cruelly mocks the super aroused lesbian with dyed blue hair under arms.

Even the magical trans character (Nico Stank) isn’t above ditching the pork sausages and overloading the lamb the minute a convoy of wealthy Syrian ‘burqa refugees’ from Switzerland arrives to disrupt the assault passive at low altitude. in the heat of the afternoon. Pool owner Rocky (Lisa Wagner) charges them 30 euro entrance (it’s 3 euro for German visitors), they take Eva’s lounge chair, provoking her to new low topless behaviors, and a poop floating in the pool eventually prompts lifeguard Steffi (Mélodie Wakivuamina) to stop. And when she’s replaced by a man, Dorries’ flick really goes from a lazy crawl to a fast freestyle.

The startling combination of a candy-colored aesthetic with sour comedic dialogue propels The swimming pool through very dark waters – female friendship, rivalry, aging, body, race, acceptance, awakening, judgment and law. As the bright yellow duck glides across the cerulean blue pool at night, only to be joined later by equally photogenic inflatable toys, there’s a strong sense that it’s not all fun, but it’s good spirits nonetheless. . Finally, it seems, Dorrie has delivered some culture wars humor that will be hard to offend – let’s see how she floats again.