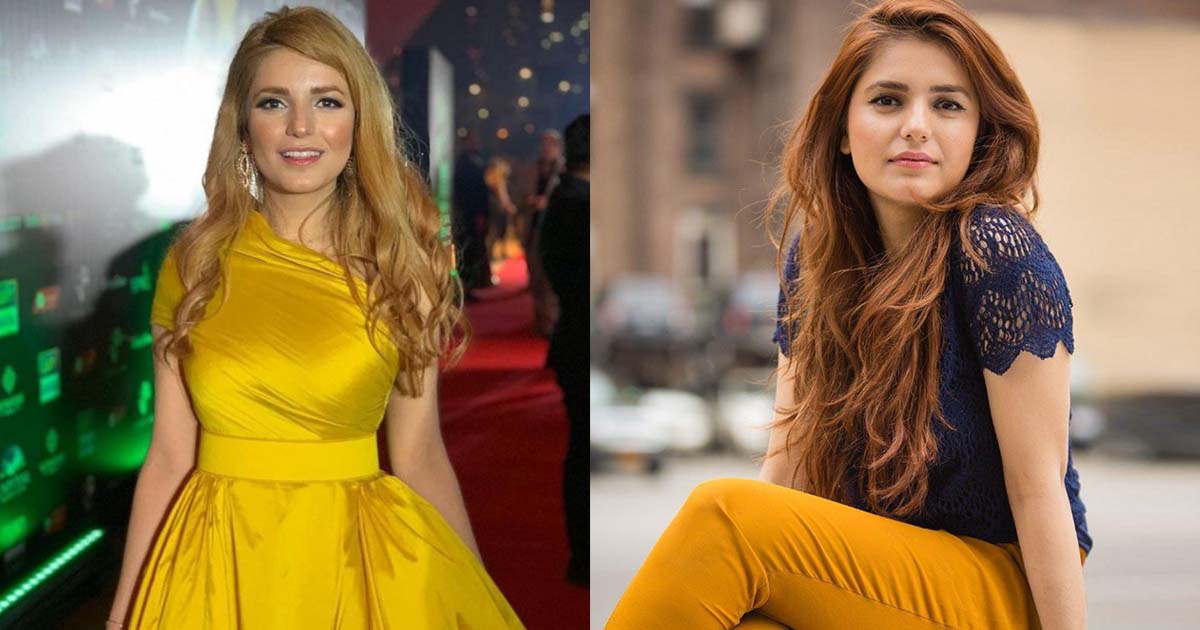 Pakistani singer Momina Mustehsan received backlash for her new hair color as she appeared for the star-studded red carpet at the 2020 Pakistan International Screen Awards (PISA) in Dubai.

As Momina anticipated the appreciation, she encountered backlash on Twitter for her new look. It wasn’t that she first showed off her blonde hair look, she appeared at the HUM Style Award earlier in which she donned a red dress.

Change your stylist please i respect your freedom of choice but this is my honest mashwara k you don’t look good pic.twitter.com/r5TNxvs9cU

But this time around, Momina Mustehsan, teamed her blonde hair with a matching yellow off-the-shoulder dress for PISA; monstrosity that provoked a massive reaction from Internet users on Twitter.

Mustehsan was brutally mocked on social media, as Twitter users compared her to foods such as Haldi, corn, mustard and egg yolk.

Is it a brand of chalta phirta * Haldiram *?

Amid the rude backlash, she also received encouraging support from a few social media users. Some have criticized Momian Mustehsan’s outrageous bullying while others have defended it by saying that Momina Mustehsan has the right to wear what she loves and that no one should put her down for their choices. Others pointed out that Momina Mustehsan wore the dress Mahira Khan wore earlier.

Momina Mustehsan, however, did not react to the backlash as she usually does.

Her video of the show went viral on social media and people couldn’t help but taunt her. Internet users also criticized the organizers of the Lux Style Awards for giving her the stage when she could not dance.

Once again, she was targeted for dress-up for her dance performance at Lux Style Aware, as one user wrote “Momina Mustehsan should fire the stylist who styled her for # LSA2019.”

The Coke Studio sensation has faced backlash on social media several times before.