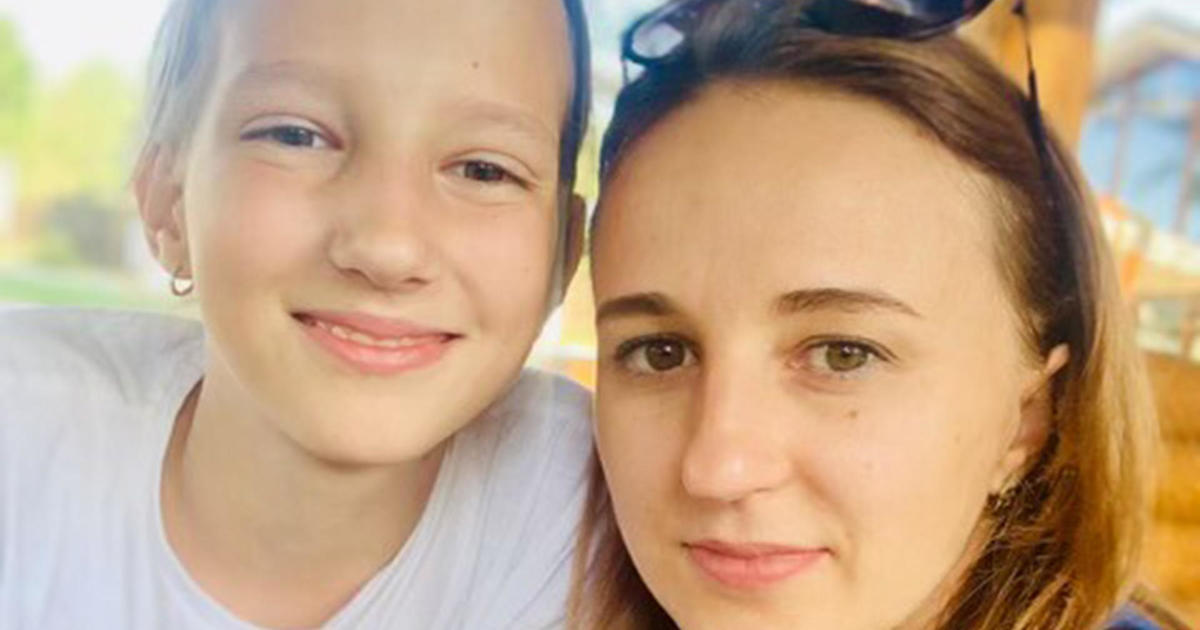 “I came with my brother and my father. There were only three of us and we were in very bad circumstances. I remember that many people helped us, so I know how much someone gives you even something thing and how it feels and how you can remember it for the rest of your life,” Melnikova told WBZ.

When Russia began its war with Ukraine in February, Melnikova decided the salon would sponsor refugee Yulia Vorobiova and her 14-year-old daughter Anastasia.

“She’s a 15-year-old hairstylist trained there in Ukraine and that’s actually how we met, through Instagram and the industry itself. I admired her work, we messaged each other When the war broke out, they were somewhere in a bunker in Ukraine, they were really scared, they couldn’t go home to get their things, they were running out of supplies.

Sales Manager Carolyn Schultz created information brochures to distribute to customers. Nearby Beacon Hill businesses began rallying around the effort, hanging brochures and the Ukrainian flag in their windows.

“To be able to do this and see how much opportunity and joy you can bring to someone coming from another country coming out of a war is mind blowing,” Schultz told WBZ.

“We were able to get her an apartment, furniture. We have bags of clothes downstairs for her, so when she arrives I want her to feel as prepared as possible to be successful. I think I’m mostly excited for her daughter because she’s going to learn so much so fast and change her life,” Melnikova said.

“She actually left me a long message; she was crying. She said no one had ever helped her in this way and she was very grateful. It was very touching.”

Yulia’s husband stays in Ukraine to fight in the war. Until she and her daughter arrive, Melnikova said they will continue to communicate in Russian via Whats App. Yulia doesn’t speak English, but Melnikova says her 15 years of experience as a hairstylist and her life experiences will make her a valuable member of the team.

“Everyone is sympathetic to her situation and all that she had to go through to have a chance at a regular job that we all take for granted every day. I want her to understand that America is a land of opportunity this way for me, and I hope it is the same for her,” Melnikova said.

A GoFundMe was created for Yulia and Anastasia. Zena Rose is also looking for furniture, clothing and food donations.