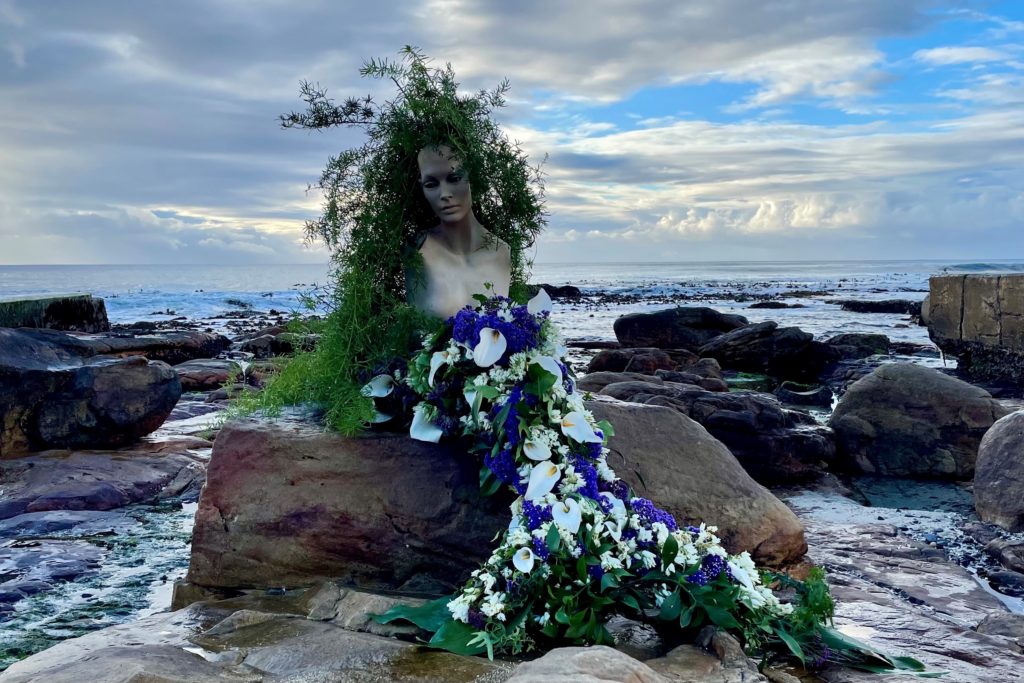 To celebrate the arrival of spring, establishments across Cape Town have organized events to celebrate Garden Week. From botanical walks to flower wreath workshops, the mother city has flourished with exciting events spanning every garden – from root to petal.

When you think of Garden Week, the beach isn’t exactly the first thing that comes to mind. Nonetheless, a stunning mermaid has been sighted at Dalebrook Tidal Basin in Kalk Bay.

Pieter Schoeman managed to capture the rare sighting of the mystical creature draped in gorgeous flowers and greenery on camera!

It turns out that Pieter and his friend Theresa Harwood were behind this masterful creation, but we won’t tell the kids if you don’t! 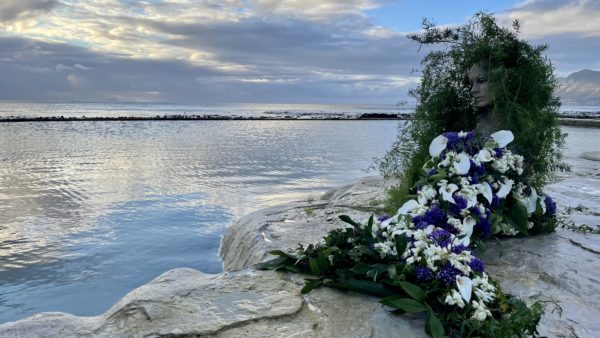 “It consists of an old mannequin bust that I bought years ago for R40 at a market and a mermaid tail frame made for me from chicken fillet by Eddie, an artist in wireframe of Kalk Bay “, explains Pieter.

Pieter found the model at a Rosebank market in 2009 and was drawn to her beautiful face (although he had a large hole in his “head”). At the time, he didn’t know what it would be for, but thought the inspiration would come. 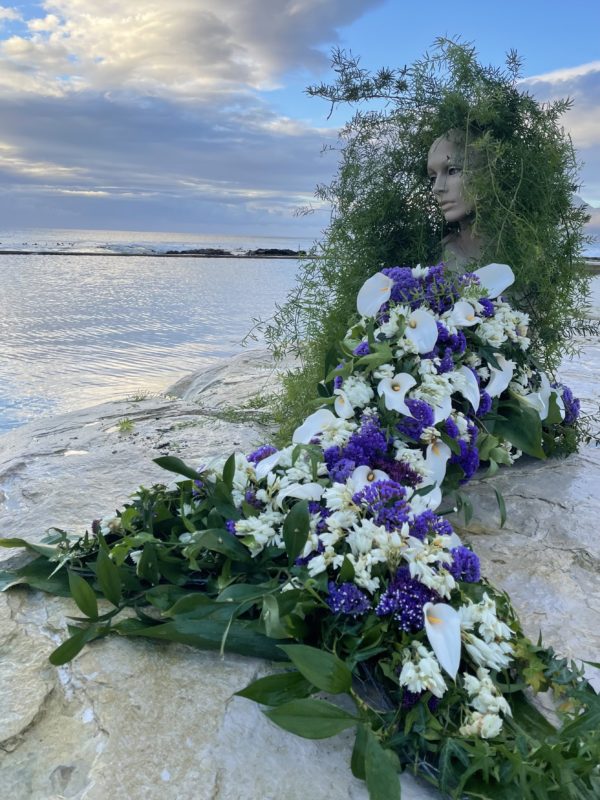 Pieter has always been fascinated by mythical creatures and often swims in Dalebrook. During one of his daily dips, he spotted kelp and figured it would make beautiful mermaid hair – a perfect fit for the head hole.

Garden Week served as the inspiration for her next mermaid creation, and we’re excited about it. Thank you Tessa and Pieter for bringing the Cape Gardens to the beach in such a magical way…

2021-10-18
Previous Post: Bolton’s hairdresser who creates wigs for drag queens around the world
Next Post: ‘He got the haircut of punishment’