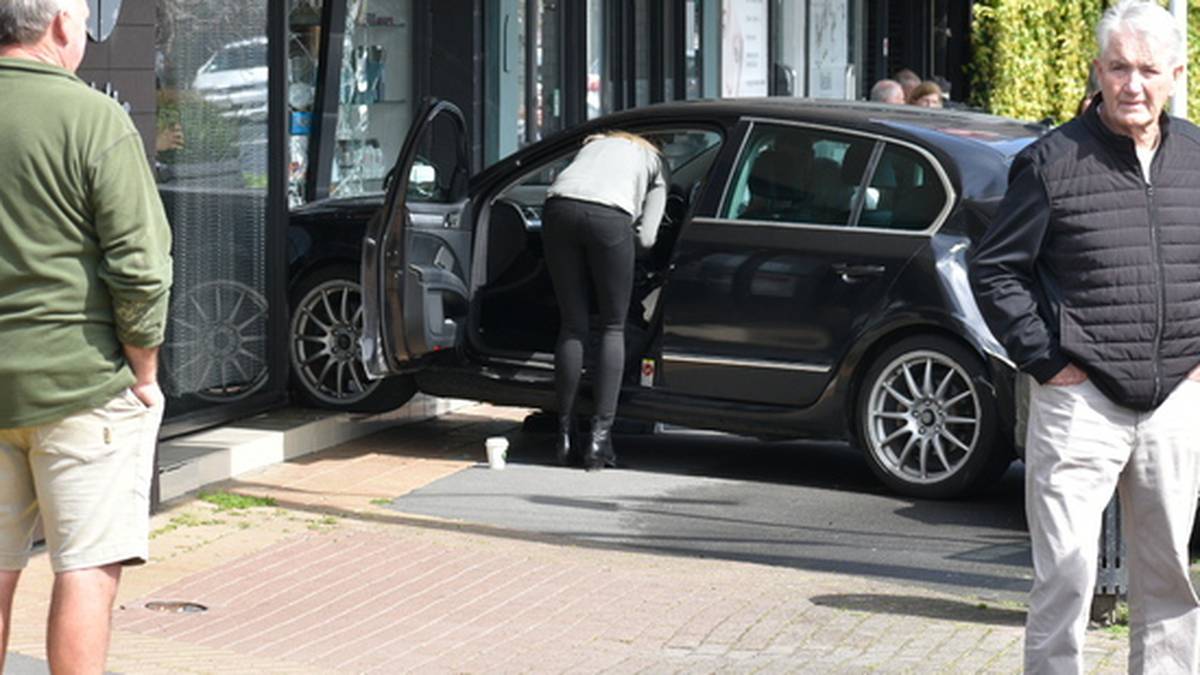 Costco opens its first New Zealand store, the latest poll suggests a close election next year and how New Zealand could be a talent ‘dragging’ Pacific countries in the latest NZ Herald headlines. Video / NZ Herald

Staff and customers at an Auckland salon were in shock after a car crashed outside the store this morning.

The vehicle drove onto the curb and passed through the bay window of Schnips PHd hairdressers in Kohimarama at around 11:30 a.m.

Hairdresser Mariam Ibrahim was with a client when the accident happened, trapping everyone in the salon.

“We were inside and the car came in from the front, the window was smashed. We can’t get out of the store. We’re all shaken up, it was very scary.”

Neighboring Liquorland owner Manish Mittal was in his store when he heard loud bangs, squealing tires and a revving car engine.

“I went out to check and saw the car pushed into the door.

“A car came at full speed, first it hit a car, then it hit the black car that was parked in front of the hair salon.

“There were two girls inside the black car at the time when the driver knocked them over.

“The black car was pushed to the right side of the store front, the glass shattered. The cars are still there.”

“This is the first for us, a police bike, two officers, an ambulance and a fire truck are here right now.”

A police spokesman said the accident, on Melanesia Rd, Kohimarama, involved three vehicles and one was driven into a building.

No injuries were reported.

A spokesperson for St John’s said an ambulance attended the scene, assessed and treated two patients with moderate injuries.