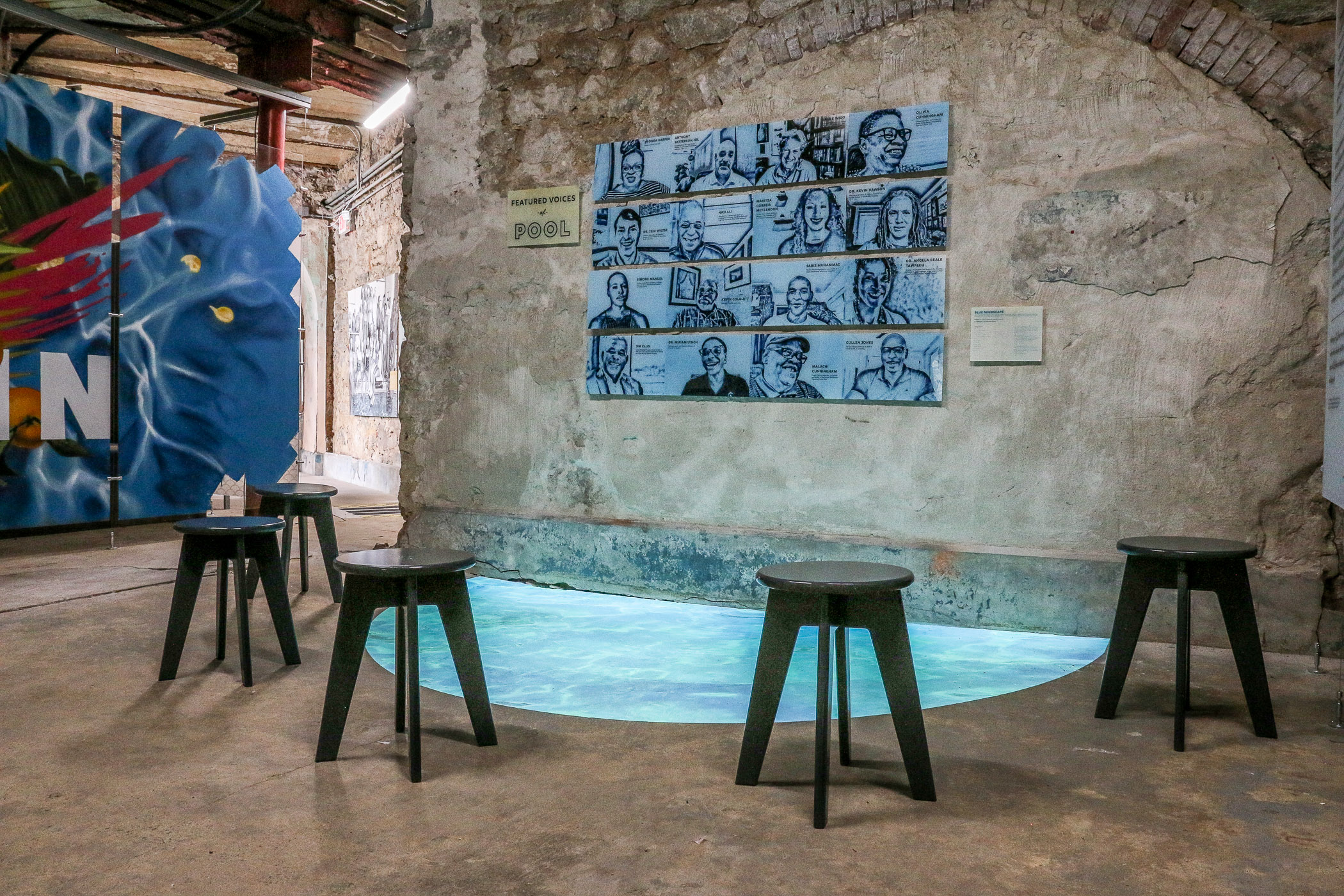 Artist Homer Jackson has created 15 video vignettes that discuss Black’s relationship with water, from Mami wata, a fluvial spirit associated with West Africa that has continued to be revered by Africans in the Caribbean; and Oshun, a Yoruba river goddess honored annually during the Philadelphia Odunde Festival.

Jackson’s vignettes include poetic meditations on the black community’s alienation from water. The multidisciplinary artist, who also directs the Philadelphia Jazz Project, grew up in North Philadelphia, where he remembers feeling unwelcome in public swimming pools.

Jackson has always been an active person. As a teenager, he rose through the ranks as an accomplished scout. He said he got enough merit badges to become an Eagle Scout, but never got the necessary swim badge. Swimming was never something he felt comfortable doing.

“I grew up following Emmett Till,” he said, referring to the grisly 1955 murder of a young black boy by a white mob in Mississippi. “My mom had an invisible leash on me that you couldn’t go too far anywhere, anytime.”

Jackson said he resisted swimming out of fear he inherited from his mother.

“For a long time I didn’t know who this guy Emmett was, but I hated this guy because he ruined my fun,” he said.

“POOL” shows black Americans making their way to the pool. Among the many video profiles is Jim Ellis, the legendary Philadelphia swim coach who became the subject of the 2007 movie “Pride” starring Terrence Howard.

“It was my way of finding a way to make a difference,” Ellis said. “We were protesting in the 60s and 70s, it was a big movement to find something to do to help African Americans in this country. My contribution was swimming.