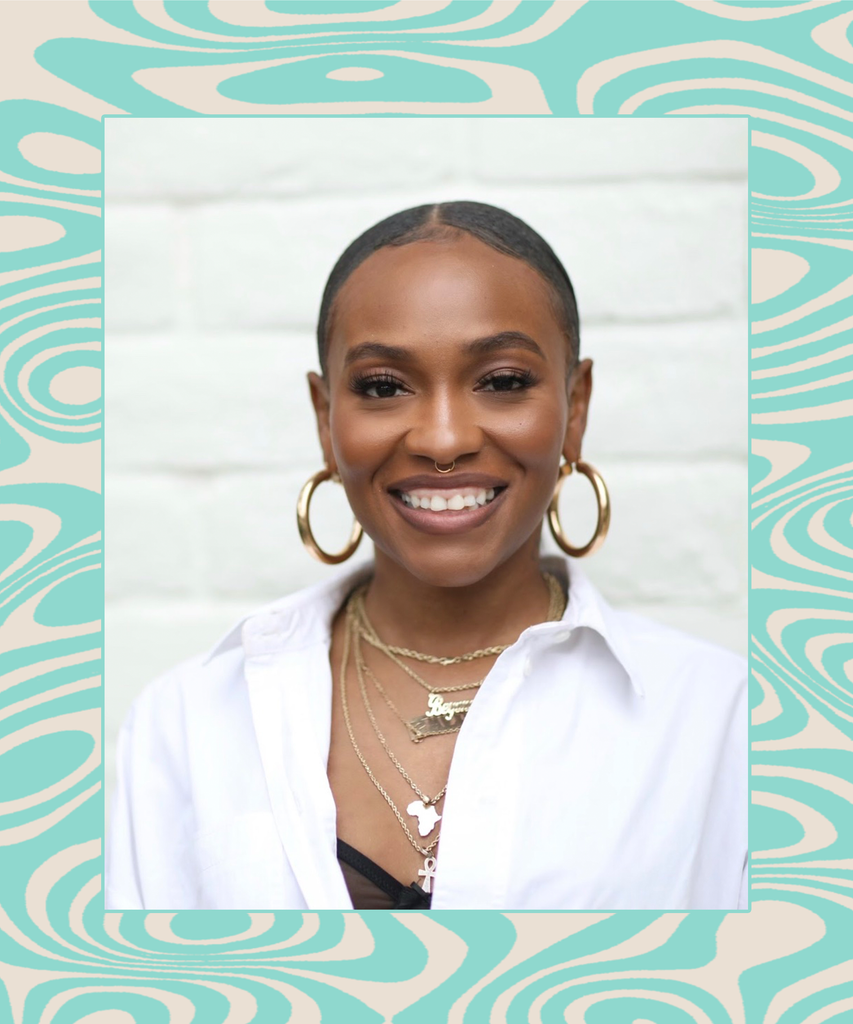 Fresh off of Unbothered’s The Glow Up, the vertical’s first large-scale in-person event in Atlanta, the hosts of the Go away, sister podcast talks about all things hair. Why? Because the ATL girls were giving away everything from knotless braids and green wigs to butterflies and 36-inch bundles at the two-day event. The options were proudly on display, whether they tinkered with that quick weave or booked a pro to pay the equivalent of a studio in Buckhead.

It makes sense that celebrity hairstylist Shelby Swain took a seat at the (round) table to chat with the ladies about curl patterns, Blue Magic products, porosity and the billion dollar business that is dark hair. There’s a reason she’s known as the Beyoncé of baby hair; Swain’s list of high profile clientele includes Saweetie, Amber Rose, Zendaya and Miss Thick Thirty herself, Lizzo. (Oh, and let’s not forget that Swain is also an artist in her own right. “Rich Bitch on Vacation” is the anthem of this summer!)

The dark hair convo, as it often does, led to Usher-like confessions. Co-host and Unbothered VP Chelsea Sanders admitted she hated her hair, and Deputy Director, Global Kathleen Newman-Bremang revealed she kept a weave for six months during the pandemic simply because she “had no idea what she was doing.” secure space, Ladies. Secure space.

Swain has had his own hair horror stories, telling us about the origins of his complicated relationship with his locks. “Unfortunately, I had a perm young as hell. My mom always had long hair and she always had a perm. So she knew how to deal with it…I stopped perming when I was 10, 11,” Swain explained. “It always made me feel like my hair wasn’t good enough, especially in its natural state.” At one point, she just ended up with a fade in. (Don’t ask her how it happened—years later, she still don’t know.) Swain was into the cropped cut, but not everyone was a fan of the look. When she was a flower girl at her grandmother’s 50 years olde birthday, someone suggested she wear a wig. Her mother rejected the idea, but the damage was done; Swain developed an even more complex complex about the hair (or lack thereof) on his head.

These days, critics thankfully don’t bother her much. “I love my hair,” says the stylist, who is known for wearing pink braids on a whim. “Even though my hair isn’t the longest or the straightest. I might not even have a 2C, 3A situation. I just need people to know that we don’t need everyone’s opinion on our hair.

For more on Blackity Black hair styles, brides rocking natural hair, and celebrating the diversity of black hair, listen to the full episode below.

Like what you see? How about a little more R29 goodness, here?

Go Off, Sis Season 2 Is The Content We Need Now